On 3 September 2020, we began an Experimental Traffic Order (ETO). This meant we could trial proposals, for various roads in the West Greenwich to be closed to through traffic. This was done with the intention of reducing traffic in this area, encouraging active travel, and improving road safety and air quality, creating a low traffic neighbourhood (LTN).

The ETO was used because, as a dual purpose to the ETO, the Government encouraged the Council to put in place measures to provide for social distancing under the Streetspace Scheme on an urgent basis to help tackle Covid-19. This did not allow for a specific consultation about the scheme beforehand and so an ETO was the only option possible.

Under the ETO, consultation takes place during the scheme and not before and is open for the first six months of the scheme. Then, based on comments received, the Council has the option to modify the trial during the first 12 months. A final decision as to whether or not to make the scheme permanent has to be made within 18 months of the start date. That deadline is 25 February 2022.

Comments received during the first six months indicated that traffic has transferred to the east side of Greenwich Park and A2, including Blackheath Hill. Based on this feedback, the Council has decided to make modifications. The Hyde Vale filter, which is on a B road, will be open for just two hours Monday to Friday, between 7am and 9am. After 9am every morning the LTN will remain as it was implemented under the original ETO last year. Refuse trucks and black cabs will also now be able to pass through the filters on Crooms Hill, Hyde Vale and Winforton Street, at all times, in addition to the emergency services who have had improved access since 21 July 2021 under an earlier decision on the scheme.

The latest decision was taken on 6 August 2021 and, will come into force from Wednesday 18 August 2021 . From that date, under the terms of the ETO a new six-month consultation period began. The Council will take a decision by 25 February 2022 . This decision will consider both the recent amendment and the operation of the Low Traffic Neighbourhood as a whole.

Our objective is to understand the operation and impact of the scheme so we will be collecting evidence in the form of data monitoring, for example traffic counts, queue lengths etc, along with considering all representations and objections received. Therefore, we want to hear how the changes have affected you and how you think we can make the scheme more equitable for everyone.

We are pleased that so many people are responding. We will not be able to respond to responses individually - but please be assured that the project team is reading all the comments, and issues raised. Your feedback will be responded to as a part of the Experimental Traffic Regulations Order (eTRO) process. It would not be appropriate to respond to feedback received before this point, in isolation from other feedback.

Our consultation for the 6 month period will run until noon on 18 February 2022. 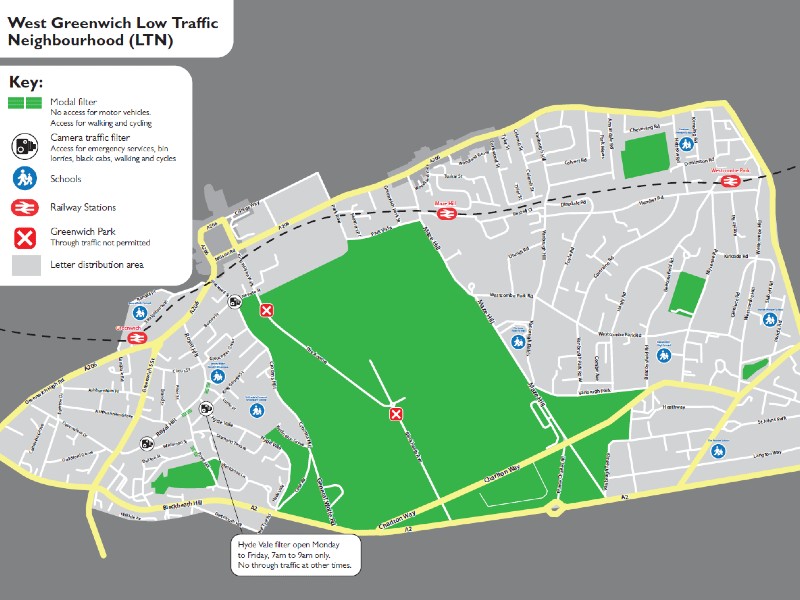 This engagement phase has finished