Reducing traffic in the Westcombe Park and Maze Hill area

The Westcombe Park and Maze Hill area has seen high levels of motor traffic passing along its residential streets, made worse by more people driving during the pandemic. The traffic causes congestion, pollution and makes the streets less safe.

Forty per cent of households in Greenwich don’t have access to a car. Yet, motorised traffic can disproportionally affect all residents’ quality of life due to air and noise pollution, speeding and illegal parking.

Residential roads that were never designed for high levels of motorised traffic have seen traffic double over the last decade in London. In Royal Greenwich alone between 2014 and 2019 the number of miles driven on our roads increased by one hundred and thirty million.

In the area of Westcombe Park and Maze Hill there has been an increase in westbound traffic on the A2 by 17 per cent since the first lockdown.

Drivers using residential streets as a shortcut, often called rat-running, are making journeys through the area and not visiting local addresses at all. Part of this has been caused by the popularity of navigation apps that use real-time routing to avoid traffic bottlenecks.

What are low traffic neighbourhoods?

Low traffic neighbourhoods (LTNs) are designed to stop motorised traffic taking shortcuts through residential roads by using barriers, called modal filters, such as planters, bollards or cameras. They can be temporary or permanent.

This prevents rat-running traffic, and can provide longer term benefits to the local community. Residents and businesses can still access their homes and premises, but may have to take a slightly longer route. A quieter, more attractive network of streets is opened-up in the LTN. This encourages people to travel on foot, by bicycle, by wheeling or by bus.

We work closely with emergency services to address their needs in LTNs. Preventing a car-led recovery is vital to keeping traffic moving and allowing emergency vehicles to make their crucial – life saving - trips. 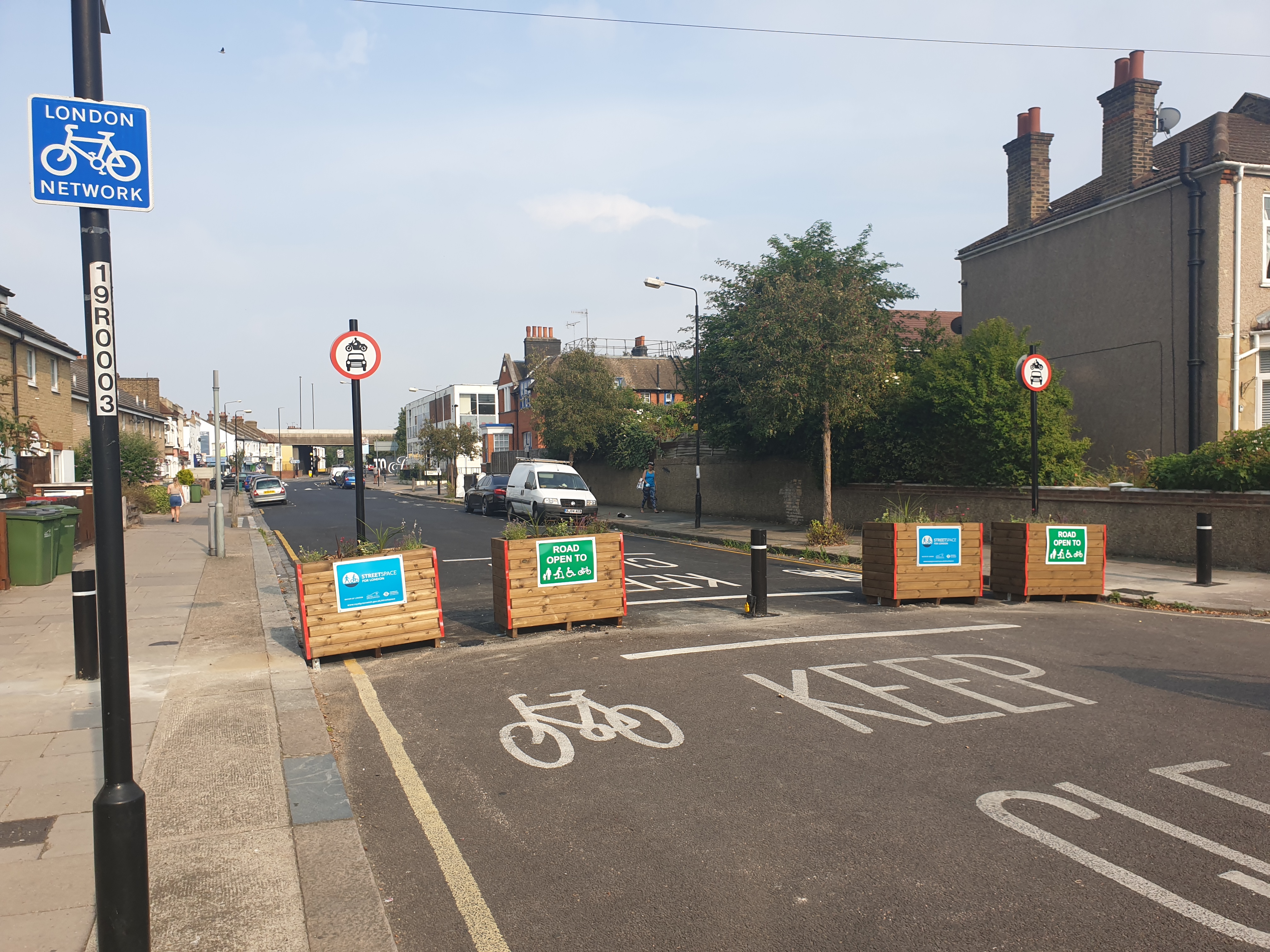 The Council's traffic data shows an increase in vehicles travelling northbound from 6 to 7am (Maze Hill and Vanbrugh Hill). The vehicle count stays consistent until around 6 to 7pm when it decreases. The data below shows the average number of vehicles passing along Maze Hill (south of Tom Smith Close) over a five day period. See 'Additional materials' below for more detailed traffic data.

The Council is, therefore, proposing to introduce a low traffic neighbourhood (LTN) to reduce rat-running through traffic and improve the environment for local residents.

The proposed Westcombe Park Area LTN uses the railway line as a natural barrier, controlling the points where roads cross the line to stop through traffic. These points are, from West to East: 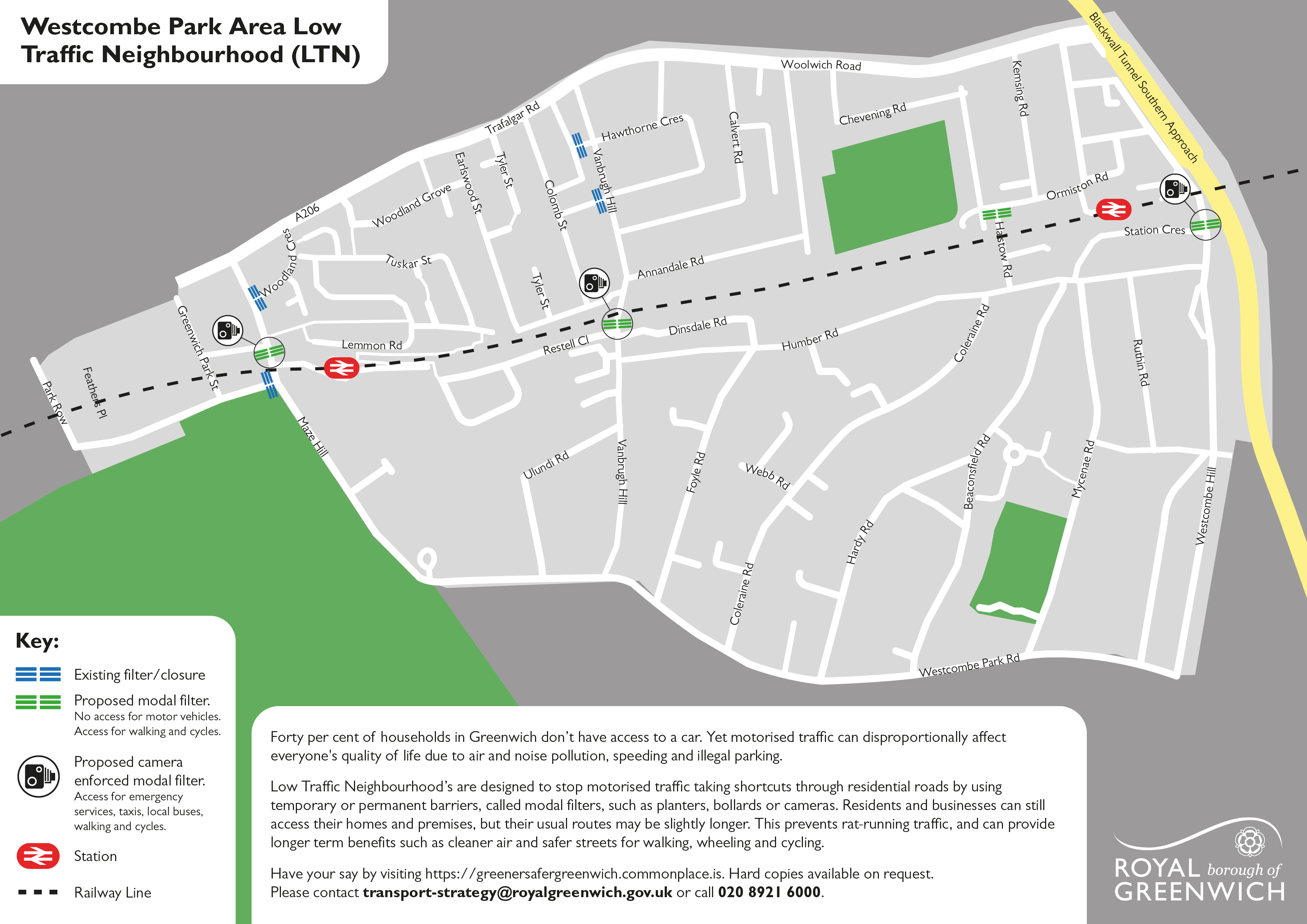 It is proposed that the closure points on Maze Hill, Vanbrugh Hill and Westcombe Hill use camera enforcement instead of bollards or planters. This means that these roads can be closed either:

Under either option there would be unimpeded access for the emergency services, taxis and people travelling by foot, bicycle, wheeling or bus.

Residents and businesses would still be able to access their homes and premises, but their usual routes may be slightly different.

We propose closing Halstow Road, with a planter or lockable bollard, to motor vehicles where it crosses the railway line, while maintaining continued access or travel through the area on foot, bicycle or by wheeling.

We would like your input and views on our proposals to make sure that the scheme works well for the majority of local residents.

Funding for this scheme is externally funded by Transport for London.

You have until 8 March 2021 to complete the survey below.

Once a scheme is put into place, considering the feedback we receive during this consultation, a six-month public consultation period on the Experimental Traffic Regulation Order would begin. This will allow you to provide more feedback, based on your experience of the trial. 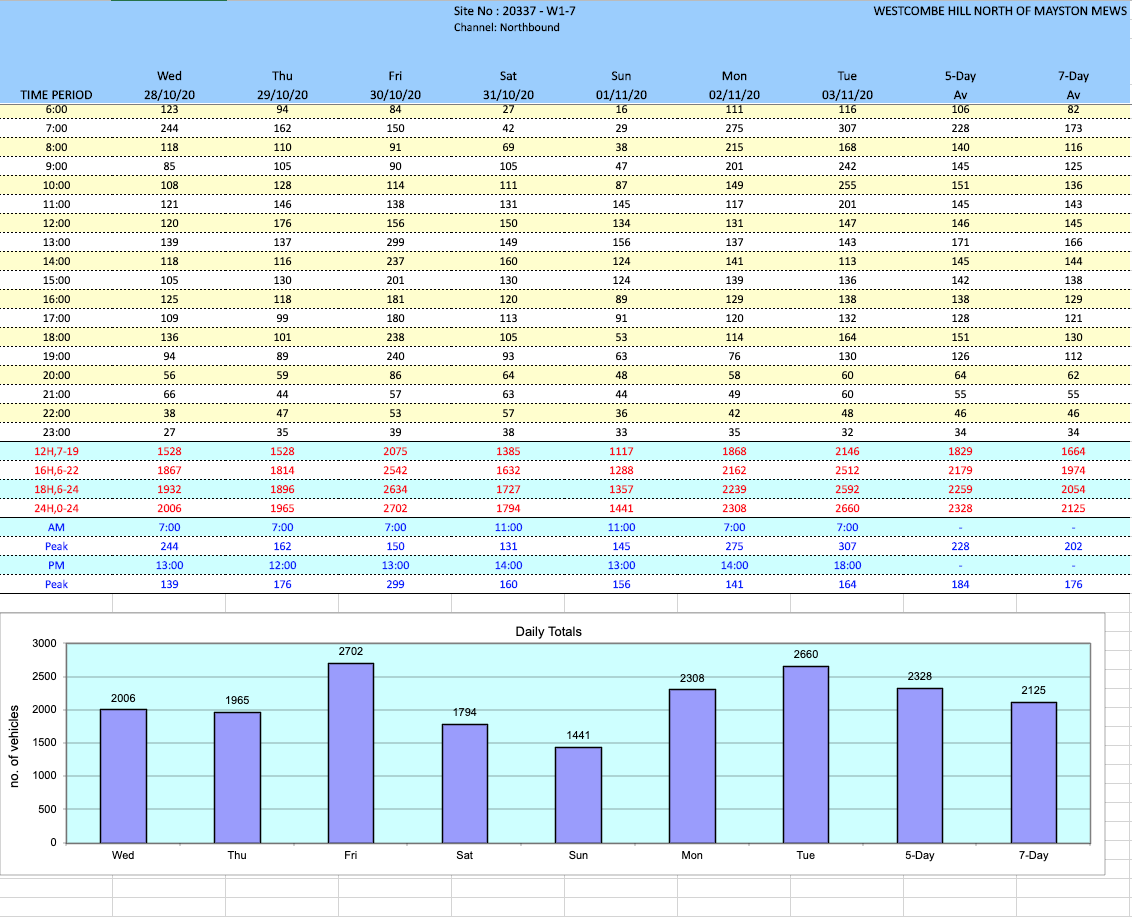 This engagement phase has finished, check out the responses

What is your email address?

Make sure your voice is heardAdd your email address

9% of comments on Commonplace are never published.
We verify that all responses are genuine before publishing.
We’ll send you an email to confirm your response.
Your email address will never be shared publicly.